3 BENEFITS OF AN INTERPRETER’S BILINGUAL BRAIN

What makes bilingual interpreters great communicators? Is it more than just the ability to speak a second language?

Research indicates there’s more to the story. You interact with phone, video, and on-site interpreters daily, but did you know that bilingual individuals score higher than their monolingual peers on many critical healthcare communication skills?

According to a new study by Cornell’s Katherine Kinzler, those who grow up exposed to more than one language are better at understanding other people’s perspectives.

Kinzler ran two experiments. In the first, the kindergarten-age child sat at a table containing three toy cars; one small, one medium, and one large. An adult sat down across the table in a position where he could only see two of the cars – the smallest was obscured by a mid-table partition. The adult then asked the child to move the small car. The test: would the child move the small car or the medium car (the smallest one visible to the adult)?

In the second experiment, this one involving toddlers, two bananas were placed on the table. Again, a partition blocked one of them from the view of the adult across the table. The adult then asked for “the banana” to see whether the child would realize the adult could only see one banana and hand over that one.

In both cases, Kinzler found that bilingual children were more likely to consider the adult’s perspective than those who only spoke one language. This indicated a greater ability to put themselves in the place of another and “see” things from their view – empathy. 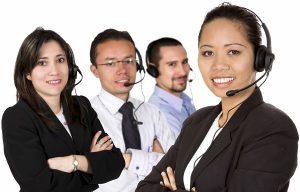 Studies show that a lifetime of juggling multiple languages impacts brain development, enlarging the hippocampus and parts of the cerebral cortex and strengthening the brain’s myelin – the neural cable that connects the brain’s two hemispheres. As a result, bilingual brains multitask more efficiently, using less energy than their peers.

Researchers studied this effect by giving bilinguals and monolinguals a timed test. Participants were shown the name of a color written in a color that did not correspond –  for example, “Red” printed in green ink. The test was to quickly name the color of the ink, as opposed to the printed word. The results: “almost universally, bilinguals were faster and made fewer mistakes than monolinguals.

Speaking a second language appears to be good mental exercise. And like physical exercise, it may slow the effects of aging. Multilingual individuals retain their cognitive faculties longer, delaying the onset of dementia for four years and Alzheimer’s for five years on average compared to those who speak a single language.