Speed or Efficiency? Why Some Languages Seem Faster than others

Published on November 11, 2020 by Regina Wetzel 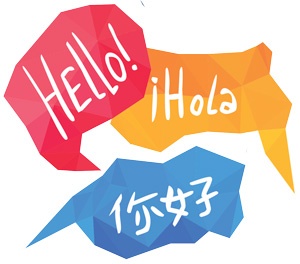 Sometimes when working with an interpreter, the speed and length of the their interpretation may seem to differ from what you said or heard.

For example, you utter a sentence consisting of about twenty syllables, and your Mandarin interpreter follows it with something that sounds much shorter. In another instance, your Spanish patient rattles off sentences so quickly that it takes your breath away, but when the interpreter interprets it into English, your patient’s words sound much simpler.

So what’s going on here? The correlation between speed and efficiency

Your keen ears are picking up the speed and density differences between the languages spoken.

In a recent study published in Sciences Advances, researchers found that the rate of information transferred across 17 Eurasian languages is constant. The researchers counted and timed syllables for each language and analyzed how much meaning was packed into each of those syllables -- 39.15 bits per second across all languages.

In another study from the Université de Lyon in France, researchers recruited 59 volunteers who were native speakers of seven languages: English, French, German, Italian, Japanese, Mandarin, Spanish and Vietnamese. Each participant read 20 different texts in their native languages into a recorder.

They found Spanish and Japanese, often described as “fast languages,” clocked the greatest number of syllables per second. On the other hand, the languages that had more words like “bliss” were spoken at a slower rate. The slowest language in the set was Mandarin, followed closely by German. English was also on the lower end of the spectrum, with a high information density of .91 and an average rate of 6.19 syllables per second. Overall, results showed that each text, no matter what language used, was told in relatively the same span of time despite sounding slower or faster.

How to Know If Your Language Service Provider Uses Qualified Interpreters

If you would like to know more about interpreter quality standards in the remote interpretation industry, check out our whitepaper: