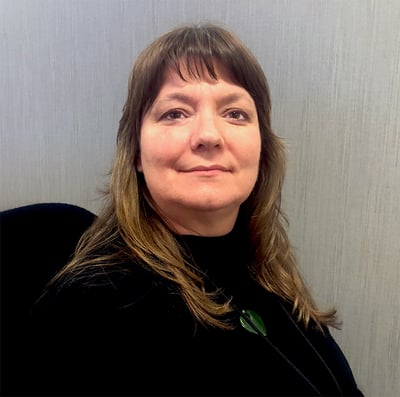 Melanie is one of our RID-certified American Sign Language (ASL) Interpreters and an ASL-VRI supervisor who works in our video interpretation queue in Arizona. She’s also a CODA – a Child of Deaf Adults. Melanie’s mother is deaf and her father is hard of hearing, and they communicate with her primarily in American Sign Language.

Like the exact number of deaf and hard of hearing (DHOH) who primarily use sign language, the number of CODAs in the US and around the world is unknown. Around 90% of deaf adults have hearing children.

Bilingualism as a CODA and Entering a Hearing World

Melanie learned sign language from her parents when she was a baby. There were no other deaf people in their small town in British Columbia, Canada, and the only DHOH people were the ten to fifteen children her schoolteacher father taught over an hour away from their home. Her family attended a hearing church. Melanie also learned English from her parents, who could both read and vocalize English, and from watching television.

“I feel comfortable in both sign language and English. But, given the choice, sign language would be my preferred language,” says Melanie.

After being homeschooled by Melanie’s mother for two years, Melanie transferred to a local Seventh Day Adventist School, where she joined the hearing world for the first time. The school tested her to see which grade to place her and then they put her back a year. Later on, Melanie was so quiet that the school tested for deafness.

“I’ve heard that first-born CODAs usually have more trouble than younger hearing children of deaf adults,” says Melanie. “That was the way it was for me and my family. I remember my younger sister commenting about how I talked ‘weird,’ but she couldn’t say exactly how. I think it was my pronunciation on certain words, or perhaps my communication wasn’t clear. My younger siblings seemed to pick it up faster, since they were able to learn from me. For me, there was no one older to follow and learn from apart from my parents.”

Interpreting for Deaf Parents as a Child

It’s common for deaf parents to rely on their bilingual, hearing children to help them navigate the world, but Melanie’s parents did not believe in forcing their children to interpret for them and taking on that adult role. The only exception was the phone.

“As a young teenager, I would often have to make phone calls for my parents,” says Melanie.  “Sometimes adults wouldn’t understand why they were speaking to a child and would become frustrated.”

Sometimes Melanie had to interpret by necessity in casual situations, such as in stores or for movies. Her parents often communicated with store clerks by writing back and forth, but some clerks refused to write and a young teenaged Melanie would jump in to help. Melanie would also interpret movies for her parents, who would watch and wait until the final credits rolled to have Melanie summarize the whole plot and dialogue.

Interpreting for Parents as an Adult and Becoming an ASL Interpreter

Even though Melanie was fluent in sign language, it didn’t mean that she was qualified to interpret without rigorous study and practice. “It took me five times to pass my written exams and two tries to pass my certification performance,” says Melanie. “There are definitely some advantages that I have as a CODA; sign is my first language, so it’s easier for me to spot nuances in people’s movements and how they say something, and I pick those up really quick. But for a while I still struggled with English. Hearing people will say things in a roundabout way, because they don’t want to be rude. Deaf people are blunt. It wasn’t until I immersed myself in the hearing world for thirteen years that I started to feel comfortable.”

As an adult and now as a certified ASL interpreter, Melanie often interprets for her parents. “I think my parents often feel left out,” says Melanie. “So I interpret for them whenever I can. When my twin boys graduated from high school, I interpreted the entire ceremony for them so they could share that moment with us. I’ve never been deaf, but I can imagine how they feel. If I couldn’t hear anything, I would feel so lost. I don’t want them to feel that way, so I try to give them a voice.

“But there are some times when I or my parents have to draw the line,” says Melanie. “Ten years ago, my father was in the hospital for a major surgery. He told me that he didn’t want me to interpret. There’s a point when it’s too personal, too much for me to handle, especially when it’s something emotional and serious.  I’ll start crying and that won’t work for the interpretation.”

Deaf and Hard of Hearing Culture

“There isn’t one sign language spoken universally around the world,” says Melanie. “Every country has a different sign language, and I find their cultures and how the languages work are connected to and rely on the local spoken language. There are many dialects within sign languages too – I take calls from the east coast, and I learn new signs all the time that are unique to that region.”

A few things seem to be common across Deaf cultures. “Deaf people take longer to say goodbye,” says Melanie. “And Deaf houses are in some ways louder than hearing ones. My mother and father would stomp on the ground or beat on the walls to get each other’s attention, and my siblings and I would turn up our music and TV as loud as we wanted.”

Common Mistakes when Interacting with the DHOH

Melanie has seen many mistakes that people make when interacting with the deaf. Some talk too fast, others assume that all deaf people will be able to lip-read. “It depends on the person speaking,” says Melanie. “Both of my parents can lip read really well, but they can’t if the person is difficult to read. Some people keep their lips close together when they’re speaking. And some English words are sounded out with the voice box rather than the lips, which of course deaf people can’t see.”

Other offenses include believing stereotypes about deaf people, such as calling them “deaf and mute,” or thinking they cannot voice anything. “My dad speaks English pretty well, so well that some people think he’s hearing. My mom can also articulate English but many people cannot understand her, so she doesn’t talk a lot around people.”

“The worst is when people assume that because my parents are deaf, that they are not capable of making decisions for themselves,” says Melanie. “They talk to me instead and want me to answer for them. But my parents are very capable. They are not dumb. They just can’t hear.” 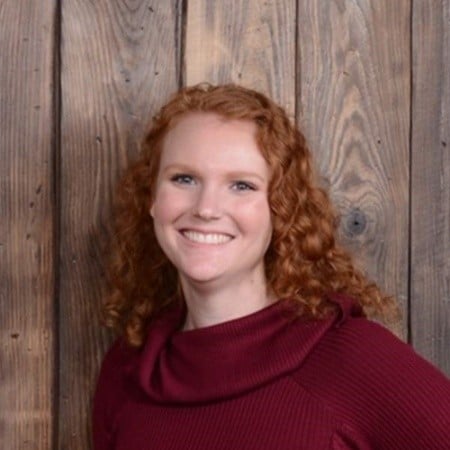